On the previous episode of “Lie After Lie,” Ji Eun Soo (played by Lee Yoo Ri) and Kang Ji Min (played by Yeon Jung Hoon) set out to make a fresh start together by tying the knot. However, things took a turn for the worse at their wedding when their daughter Kang Woo Joo (played by Go Na Hee) shocked everyone by bursting into tears and asking Ji Eun Soo if it was true that she was a murderer.

In newly released stills from the drama’s next episode, Ji Eun Soo faces yet another unwanted surprise on what was supposed to be a happy day. While excitedly getting ready for her wedding, Ji Eun Soo unexpectedly receives an unnerving letter in her dressing room—and is visibly shaken by what she reads.

“Lie After Lie” also released an ominous photo of the intimidating Kim Ho Ran (played by Lee Il Hwa) glaring frostily at something, hinting at her role in the tragedy that lies ahead. With rage and vengeance in her heart, Kim Ho Ran is unable to stand by and watch as her former daughter-in-law starts to find happiness. 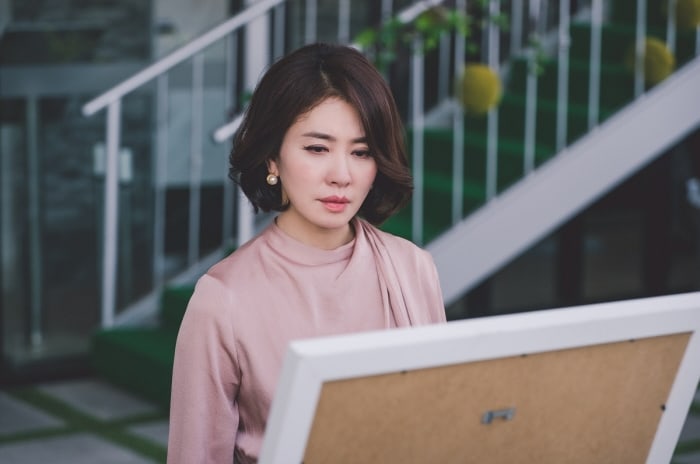 To find out what awaits Ji Eun Soo in the upsetting letter she receives on her wedding day, tune in to the next episode of “Lie After Lie” on October 16 at 10:50 p.m. KST!

In the meantime, catch up on the drama with English subtitles below: