At the height of her acclaim, American jazz legend Ella Fitzgerald did something extravagant after decades of singing success: She bought herself a car. A very special car.

In 1959, Fitzgerald custom-ordered a rare Mercedes-Benz 300D Cabriolet —one of only about 65 made. The long-wheelbase, four-door luxury touring convertible was more typically destined for statesmen parades, which explains the notches where flags could be mounted.

Fitzgerald was royalty in her own right and she personally chose every option, from the “blaugrau” (blue-gray) paint and red leather interior to the Becker Mexico radio. The car cost her a hefty $8,500 at the time and that included the 10 percent “celebrity discount” from Mercedes, as noted on her official paperwork.

Now the car is being offered for sale through the California classic car boutique Scott Grundfor Co. for considerably more: $465,000. A spokesman tells us there’s already been considerable interest.

Fitzgerald owned the car for 37 years until her death in 1996 at the age of 79. She rarely drove it, preferring to be chauffeured.

Fitzgerald once posed with the car for a famous photograph by Annie Leibovitz. A copy of the photo comes with the car. 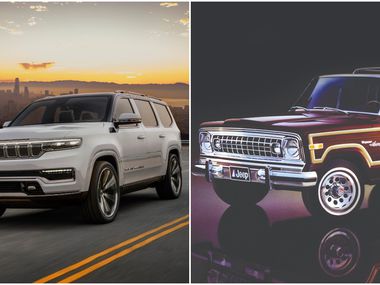 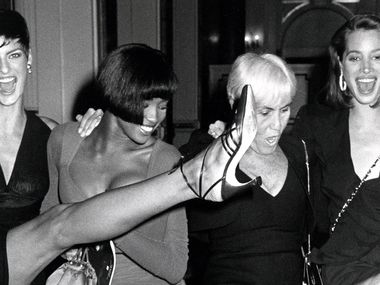