Here come the brides! Elly and Becky Miles leave the Bachelorette suitors lost for words after they rock up in wedding gowns for a group date

Bachelorette stars Elly and Becky Miles will leave their suitors lost for words when they arrive at their latest group date.

And if Thursday’s teaser trailer is anything to go by, it appears things are starting to get serious in the Bachelor mansion.

In what appears to be a reality television first, the ‘country sweethearts’ rock up to their next outing dressed to the nines. 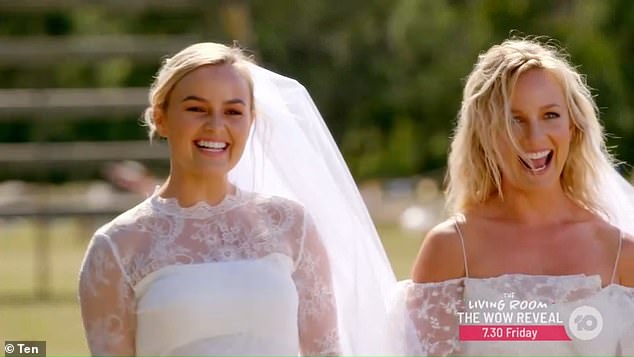 Here come the brides! Elly (left) and Becky Miles (right) will leave their Bachelorette suitors lost for words when they rock up in bridal gowns on a group date during Thursday’s episode

Each of the sisters hopefuls opted for white button-up shirts and black bow ties ready to win their heart’s over.

The upcoming episode will also see contestants go behind each other’s backs while getting dirty competing in a marathon.

In the upcoming preview, Adrian Baena is seen playing referee, before he is heard telling the camera: ‘I’m pretty corrupt.’ 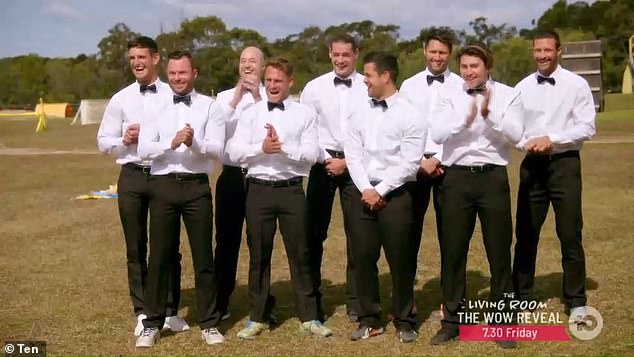 Dressed to impress! Each of their hopefuls opted for white button-up shirts and black bow ties 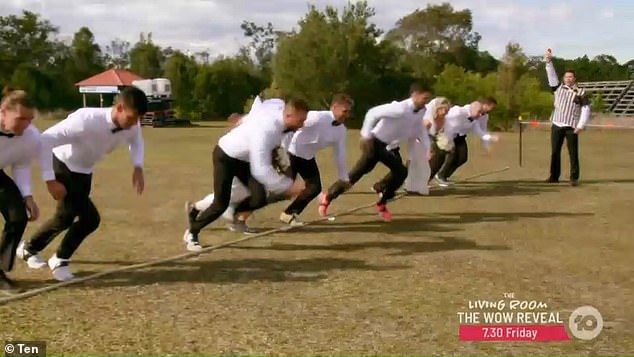 Competition: The upcoming episode will see contestants go behind eachother’s backs while getting dirty competing in a marathon

Adrian continues: ‘I think I might sabotage Elly’s team if they try and get in front too much.’

Meanwhile, things appear to heat up with Elly and Joe Woodbury, as the pair enjoy a romantic meal one-on-one.

But fiery hunk James Boggia is less than impressed with the matching. 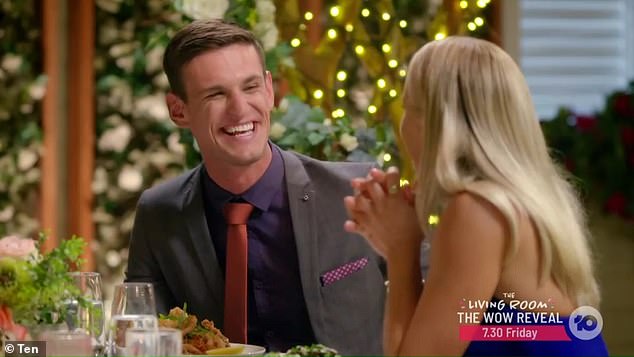 Getting serious: Meanwhile, things appear to heat up with Elly and Joe, (left) as the pair enjoy a romantic meal together

‘I hope he gets food poisoning’, he says in a scathing interview with producers.

It comes as Joe’s secret past with Elly Miles was revealed on Wednesday night, with James admitting his rival should ‘watch out’ because he’s coming ‘full steam ahead.’

The Bachelorette continues Thursday at 7:30pm on Channel 10 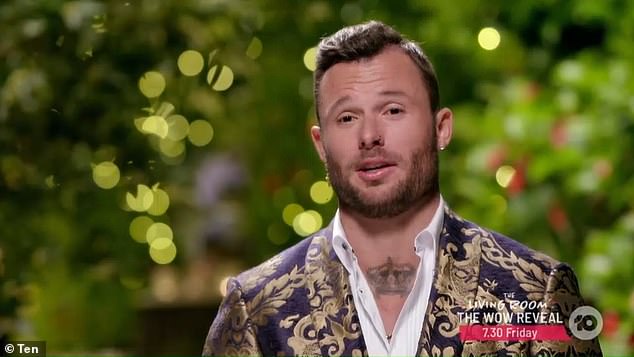 Drama: ‘I hope he gets food poisoning’, James says in a scathing interview with producers

Let’s take a trip down memory lane, shall we? It’s October 2000, and while most of Australia is tuning in to the Sydney Paralympics, I’m a little preoccupied because my parents have just gifted me the only present any six-year-old girl ever wants.

It’s another Barbie doll, and I’m even more excited than ever because she looks like me — a wheelchair user.

The doll’s name is Becky and, while there were two previous editions of this doll, Becky is the first official Paralympic Barbie.

I used to race her against my brother and his skateboard. He won, but so did I.

Twenty years on and she still holds a special place in my heart.

That’s my memory of the Sydney Games, but what do other people remember from that time?

Disability in the lounge rooms of Australia

I caught up with Newcastle Paralympian Kurt Fearnley earlier in the week.

The 2019 NSW Australian of the Year has had multiple successes in the past two decades, but his first real taste of winning silver was on home soil.

Fearnley described the experience of being able to kickstart his career with his family in the audience as “a gift”, while also explaining that the memories he has of the Sydney Games “feel like a different life ago”.

“It was really my first interaction with the international Paralympic world,” Fearnley said.

“You go in there with no expectation, but also with a lot of anticipation.”

Fearnley cites the careers of tennis player David Hall, basketballer Troy Sacks, and fellow wheelchair racer Louise Sauvage as also having been launched at the 2000 Paralympics.

“I felt like I was around these heroes of what would become my own sport,” he said.

“It was a massive time to grow Paralympic sport and to just get disability into the lounge rooms of as many Australians [as possible].”

‘All sorts of crazy’ at Games

“The whole Sydney experience was just the most mind-blowing, thrilling privilege that you can possibly be a part of,” she said.

“It was such an honour and it brings a big smile on my face even now.”

Ms Tesch, who is now an MP, remembers a big party atmosphere.

“We had such a big party that in the end there were tipped-over wheelchairs. There was all sorts of crazy, and the sponsors tent actually got closed down,” she said.

“I mean people in wheelchairs colliding, so we had to write a letter of apology to end that and thanking them for their services.

“I think we set a standard for what then became a degree of normality. We turned the focus towards the ability, and we see that now with mainstream athletes like Kurt Fearnley and the beautiful Madison De Rozario.

“I think before [the games] we didn’t have heroes with disabilities, [and] I think kids in wheelchairs need heroes too.