Charles and Rich hosted what we bet was one of the last pre-pandemic weddings in the city this year. On March 7, a week before things began to shut down, they married at District Winery and celebrated with more than 100 friends and family members over wine, a family-style meal, and plenty of dancing. See the details of their big day below. 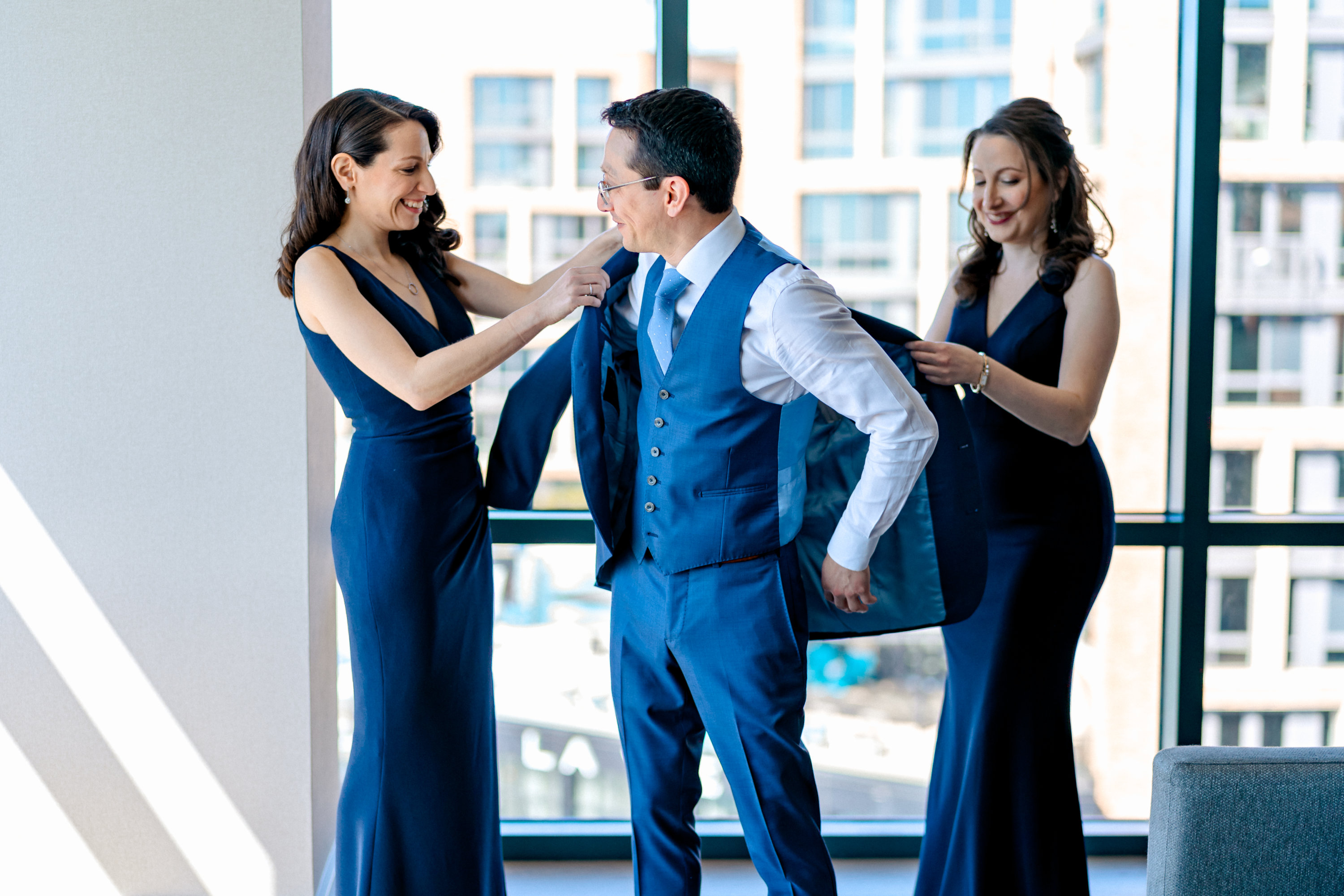 Charles, the director of tax and domestic economic policy for the National Association of Manufacturers, and Rich, senior counsel at Harmon, Curran, Spielberg & Eisenberg, met on OK Cupid. Rich was the first to reach out—his picture was from his then-recent trip to Argentina with his sister, and his profile, Charles says, was “mostly about his very cute dog Summer.” Charles responded quickly—he was traveling on Presidents Day weekend, and his time spent in airports and hotel lobbies for a few days, he says, meant the pair “had plenty of time for vaguely flirty messages.” The week Charles returned to DC they met for happy hour at the now-closed Tortilla Coast on P Street. “We were both coming straight from work and it was freezing cold outside—February of 2015—so we were both windswept and tired.” But, he says, they hit it off over margaritas and chips and salsa, and “never looked back!” 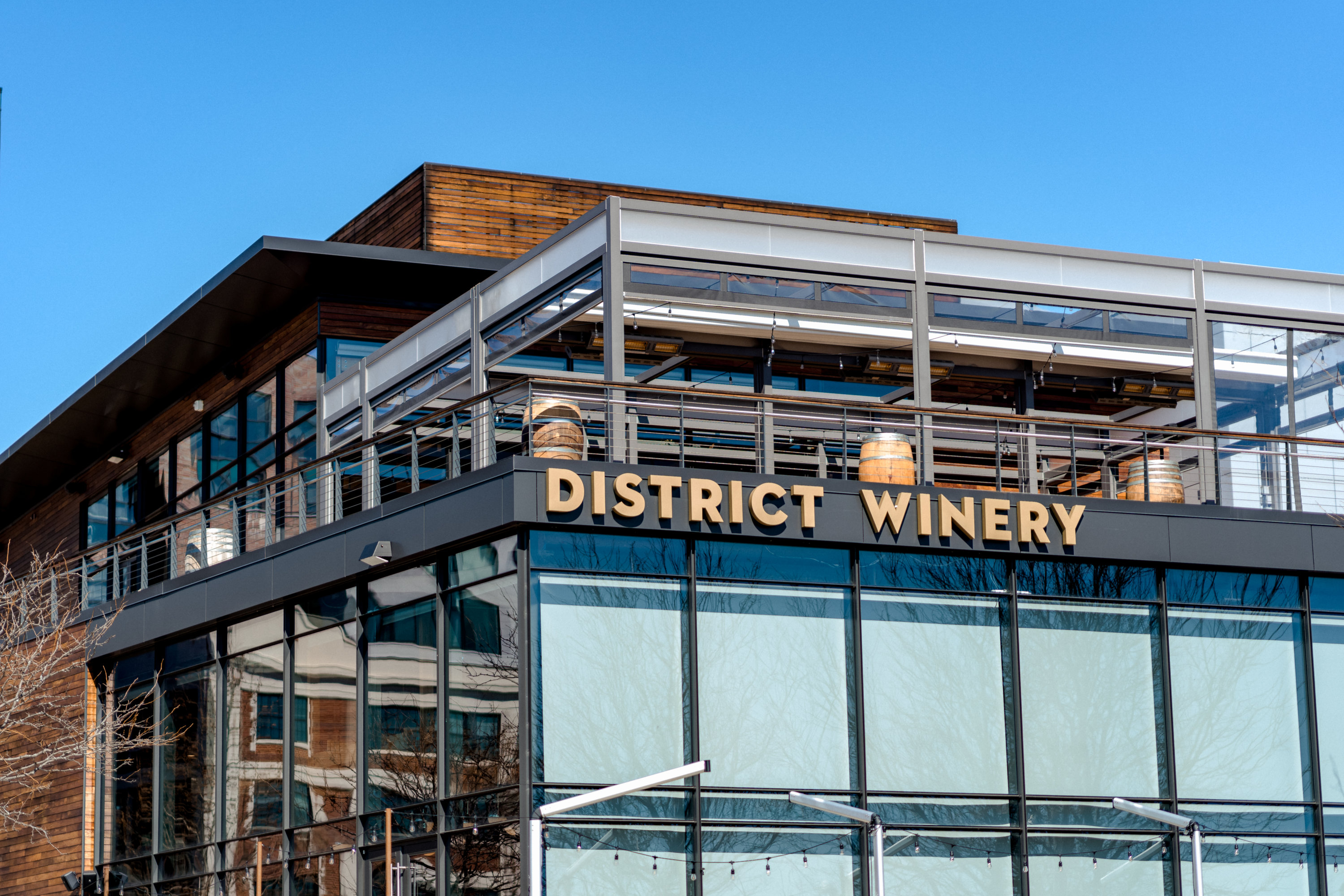 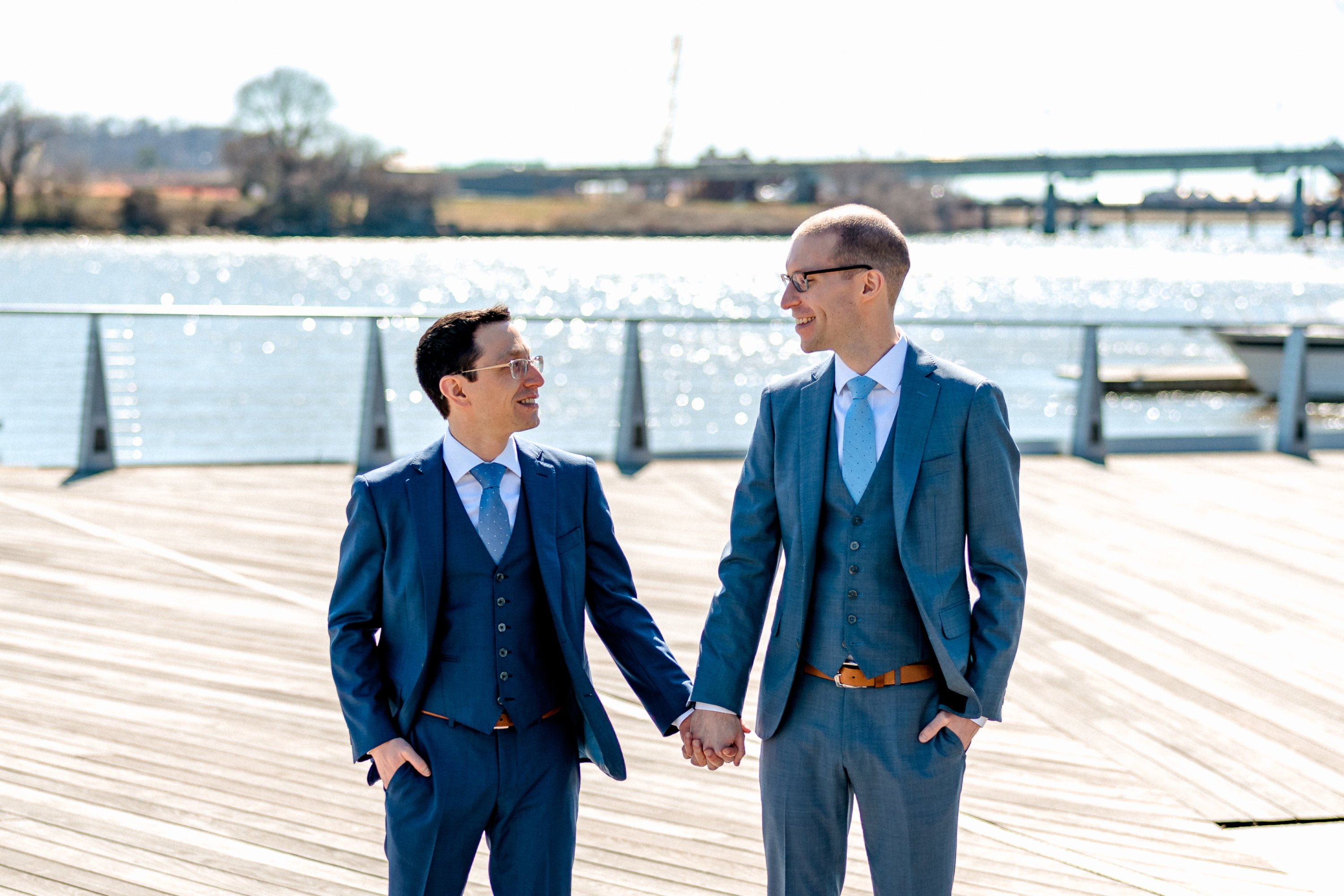 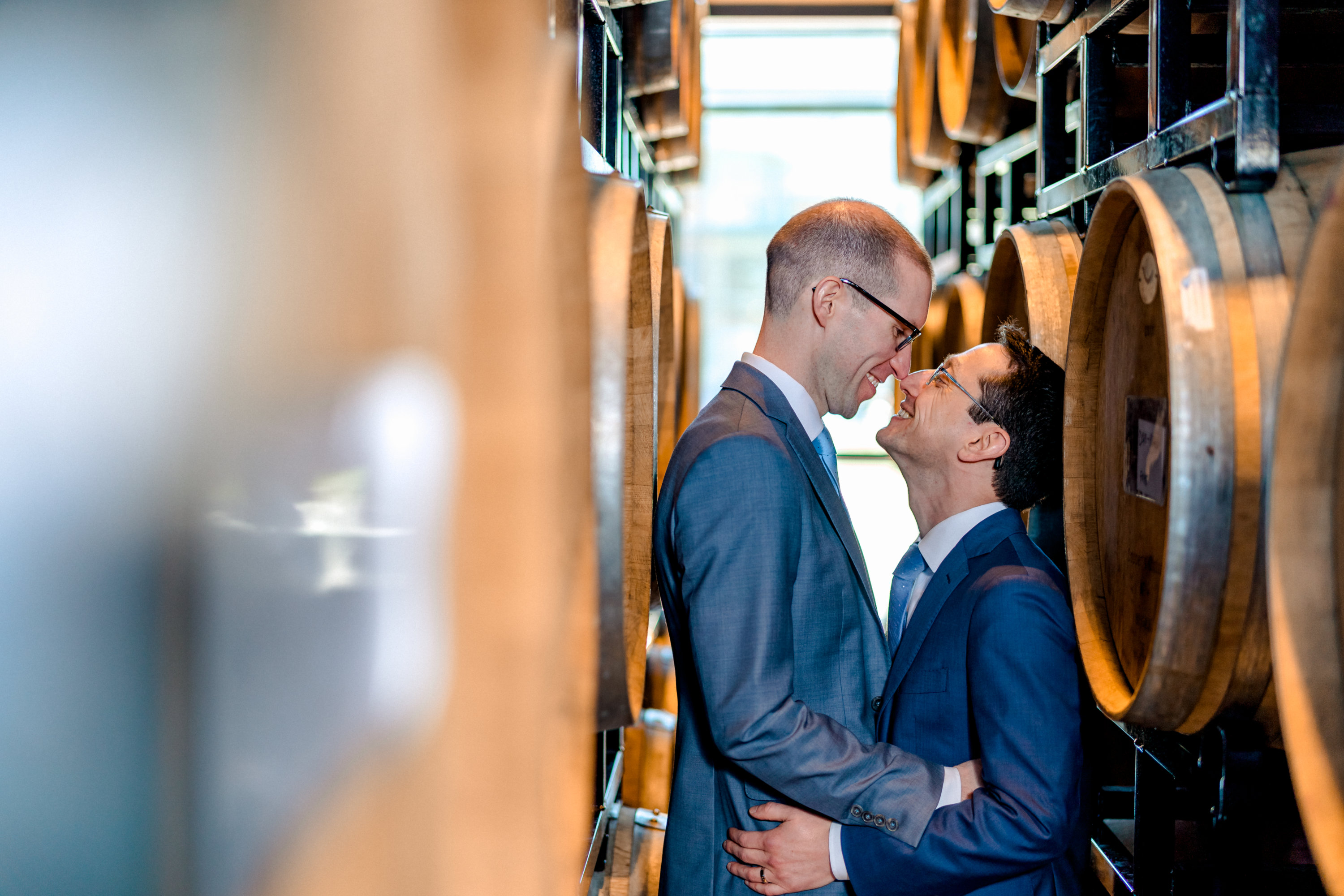 Knowing that Charles was the planner/organizer in the relationship, Charles says, Rich wanted to plan a surprise engagement and propose. “We were having a relaxing Sunday [in October 2018] at home when I went to take a post-brunch shower,” Charles recalls. “I came out brushing my teeth in nothing but a towel, Rich was standing there in a suit with flowers and rings! I rushed back to the bedroom to put on something more engagement-appropriate (and slow my breathing a little!), and then came back out and Rich proposed. Following the proposal, Rich’s siblings came over for a champagne toast and then Rich unveiled the final surprise—a dinner reservation for the Inn at Little Washington, where the two of us continued the celebration that evening.”

The couple planned their wedding for March of this year and were able to pull it off just before everything shut down. “Our wedding was March 7, which I’m pretty sure was the last Saturday with any semblance of normalcy,” says Charles. “Things were starting to look bad by Monday or Tuesday after the wedding, and we were in full-blown quarantine by Friday. We are so thankful that we were able to celebrate with all of our friends and family, and that everyone we love has stayed healthy. We know that’s not the case for everyone, and we know how lucky we are to have had the celebration we did.” 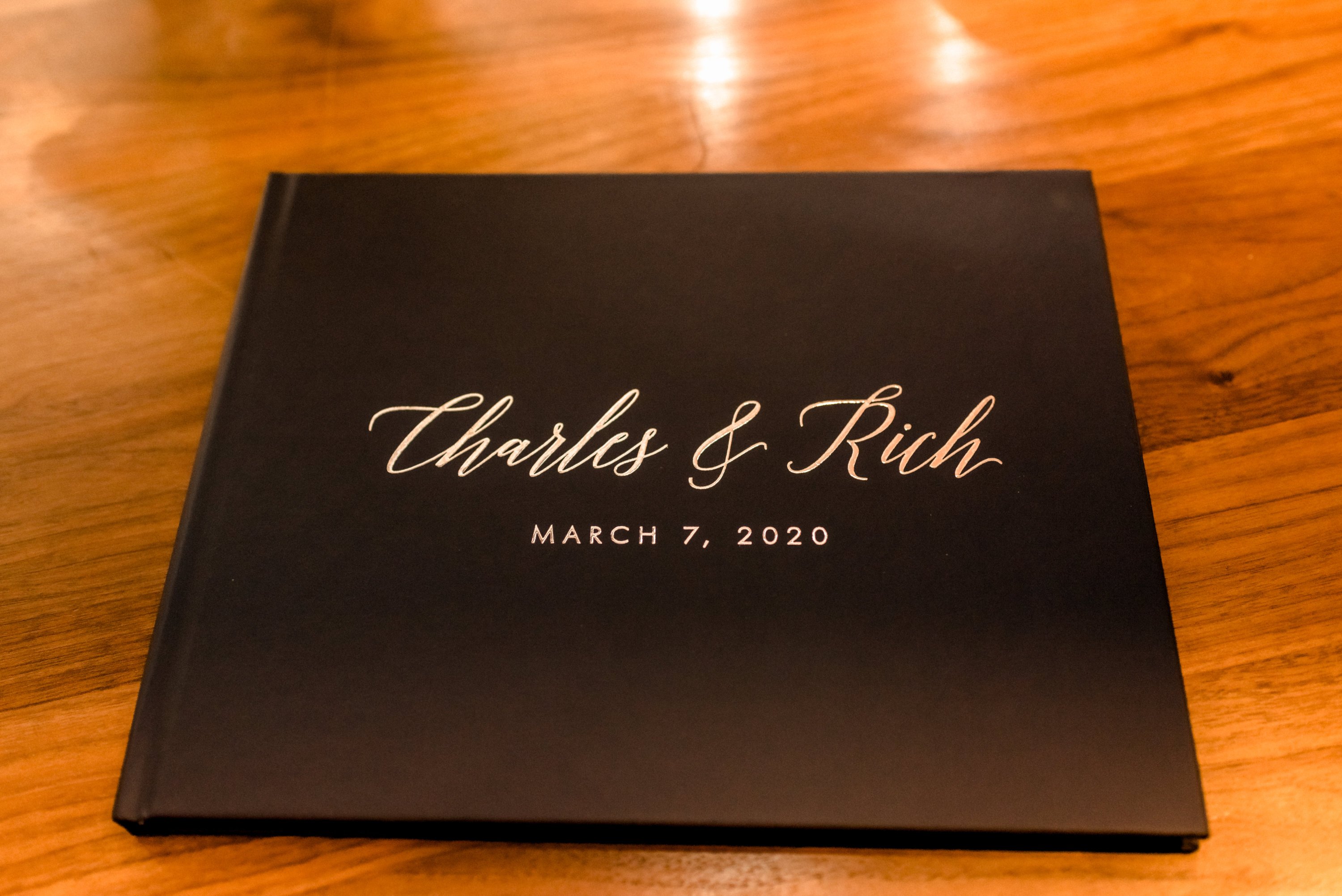